There are clear and different consequences which can arise as a result of consensual adultery and sexual misconduct in the workplace within divorce proceedings.

When a couple gets married, they acquire the right to make financial claims against each other within divorce proceedings for the assets (real property, capital, business interests, pension funds) and income of the marriage to be divided between them.  The financial agreement which is reached by the divorcing couple is called a Financial Remedy Order, and it can be agreed by consent after voluntary negotiations through divorce solicitors or made by a Judge within Financial Remedy Court proceedings. Irrespective of why the couple is getting divorced the Court must consider the factors of s25 of the Matrimonial Causes Act 1979.  The Family Court operates a discretionary system and every case will turn on its own facts.  The circumstances which have led to the divorce proceedings can in some cases affect the financial outcome for the parties involved.

To be clear, an affair is being considered as a consensual relationship between two co-workers irrespective of position or status in the business.  For an affair to meet the threshold of adultery within divorce proceedings it must be a sexual relationship with a person of the opposite sex, otherwise, it can form part of your case in the Divorce Petition for proving the statutory fact of unreasonable behaviour.

If an affair is exposed, of a sexual nature or not, and the marriage breaks down how will the affair impact on the financial outcome of the divorce proceedings?  This very much depends on how the affair impacts on your employment and there are two possible outcomes.

(i)    It has no impact on the financial negotiations within divorce proceedings nor the overall division of capital, income and pension funds between the parties.

Whether the affair ends or continues despite the emotional hurt felt by the betrayed spouse, in general, it does not mean the other spouse will be or should be punished financially by receiving less in the division of the matrimonial assets in the divorce.

(ii)    It has significant impact on the financial negotiations and the conduct is taken into account and a prejudicial order is made.

It is generally accepted that the Family Court will not take into account conduct which is not of a financial nature when determining a Financial Remedy Order.  But, what if your spouse has behaved contrary to company policy and lost their employment as a result of the affair.  What if, they have chosen to leave their employment due to the affair becoming public for reputational reasons.  Both have the ability to cause significant financial consequences, i.e. loss of income stream, possible loss of valuable share options, and loss of reputation preventing or obstructing future employment opportunities or limiting salary expectations.  These consequences can be attributed by the Court to the conduct of the spouse and they could cause that spouse to have their share of the matrimonial assets substantively reduced to take the effect of that behaviour into account.

So, what if there was no affair, but allegations or a guilty verdict of committing acts of sexual harassment, or sexual misconduct and possibly sexual discrimination against a co-worker either a peer or in a subordinate position. That spouse could be the subject of criminal proceedings, subject to pay compensation or imprisoned, as well as being required to seek reputational, employment and criminal legal advice all at a significant financial cost. This will likely be coupled with a loss of earnings possible share options and again the potential inability to secure future employment and therefore loss of future earnings.

The law and impact on divorce proceedings

When a Financial Remedy Order is made by the Court they must have regard to s25 of the Matrimonial Causes Act 1973 which provides that the Court has a duty to take into account all of the circumstances of the case in determining what orders to make, having particular regard to “the conduct each of the parties, if that conduct is such that it would in the opinion of the court be inequitable to disregard it”.

In reality, this means that the outcome and determination of any Financial Remedy Order Will entirely turn on its own facts. There are two sides which the Court must take into account when deciding what is a fair and reasonable outcome which also meets the needs of the parties and any dependent children.

If the matrimonial asset pot has been reduced by the requirement to pay legal fees as identified above, or to make a compensation award, for example, the betrayed spouse could argue that when the Court decides the division of assets in the marriage they add back those spent sums and make the other spouse responsible for them.  Thus, the betrayed spouse is put back into a position they would have been in had the fees and compensation claim never been paid.  Thus, reducing the other spouse’s share of the assets, whilst the other who successfully pursued their conduct arguments receives the lion’s share of capital.

Assuming the spouse who conducted the affair or sexual misconduct is the higher earner they can reasonably argue, there is a lost income stream and likely inability to achieve a similar future income which means their ability to pay spousal maintenance is either reduced or compromised.  However, if there is sufficient available capital a betrayed spouse could successfully argue she should be put in the position she would have been in if the employment income had not been lost.  Instead of receiving a monthly maintenance payment they can seek for the amount of maintenance that would have been payable over a specified term, whether it is a forever order or during a minor child’s dependency, for example, to be paid upfront as a capital sum.  This sum should be invested to be invested, drawn on for monthly income purposes and financial advice should be taken as to how to maximise the capital growth and income generation.  Sadly, if there is not enough capital to achieve capitalisation the betrayed spouse’s maintenance claim will either remain open for a nominal sum (with potential to vary it upwards later by application to the Court) or will be lost.

The point being made here is that it is not the affair (or even adultery) or the sexual misconduct (being a criminal act), which necessarily meets the threshold to prove conduct within divorce proceedings; it is the clear and significant financial consequences which stem from the behaviour.  Also, you will have noticed that despite the significant difference between conducting an affair and perpetrating sexual misconduct in the workplace the behaviour, if it leads to financial conduct being proven, can and will be used against you by the Family Court in determining the division of assets and income within the divorce proceedings to achieve a fair and reasonable outcome.  This is the very harsh reality of the situation.

If you find yourself in any of the above situations, irrespective of which side you fall on, take legal advice as early as possible even if you do not consider divorce proceedings likely or on the cards.  In divorce proceedings, timing can be everything, be proactive and informed.  The legal arguments involved in cases where serious financial conduct is raised are complicated and technical and you can make fatal errors early on without knowing what the matrimonial law consequences of your actions might be later down the line.

For some, the fall will always be greater than for others. Some employers enforce strong policies against co-working relationships whilst others do not.  Some co-workers make it work, whilst others suffer serious backlash, it can be a career killer and the recovery can be long and arduous.  Sometimes, a bit of fun or sex with a co-worker is just that, sometimes it is love and marriage and sometimes sex can be criminal, or emotional, financial and reputational ruin.

This article has not delved into the employment law consequences of relationships with co-workers, for example, the effect on the balance of power, possible sexual discrimination or hostile work environment claims or even allegations of preferential treatment, career advancement or undeserved bonuses by colleagues aware of the relationship which can flow from workplace romances especially between partners or managers and their subordinates.  Contact our experts listed below for more advice. 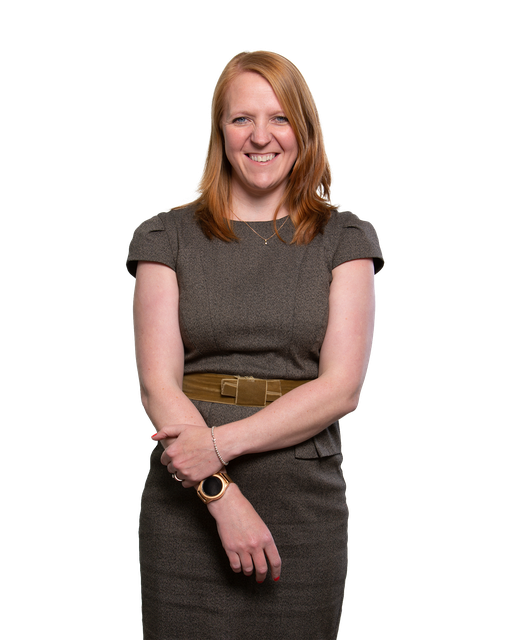