Sparked by the collapse of Terraform Labs in May, the collapse of FTX, once valued at $32bn before filing for bankruptcy in The Bahamas and the US this month leaving a gaping $8bn black hole and more than 1m creditors, has sent shockwaves through the digital asset community.

Bitcoin and Ethereum, the two most well-known cryptocurrencies, have fallen significantly in value. Bitcoin is down from £36,000 in March 2022 to around £14,000 in November 2022 while Ethereum has fallen from approximately £2,600 to less than £1,000 in November 2022 over the same period. Some might say that the digital assets market has now reached its ‘Lehman moment’. So, what next, and will spring arrive soon?

Before any snowdrops are likely to be found, there will be a significant and continuing fallout from the collapse of FTX. BlockFi, one of FTX US’s largest creditors with outstanding loans to FTX of $275m, was forced to file for bankruptcy in Bermuda, as well as US Chapter 11 bankruptcy, at the end of November. BlockFi had already suffered losses earlier in the year on loans to the collapsed crypto hedge fund Three Arrows Capital and questions must be raised over how much BlockFi might recover from FTX’s bankruptcy.

The spate of crypto failures has put the crypto ecosystem under increased investor and regulator pressure to (amongst other things) become more transparent, limit asset concentration and increase due diligence around investments, which underscores the need for regulation. FTX’s US Chapter 11 filings in Delaware reveal a lack of internal controls that would normally be expected to be prevalent in a large company. This process of acting largely unchecked is seen as being a major contributor to FTX’s demise. John Ray, the chief restructuring officer appointed to oversee the US bankruptcy, stated that he had never seen “such a complete failure of corporate controls”.

The European Union’s Markets in Cryptoassets Regulations are awaiting final approval by the European Parliament. If adopted, they will establish harmonised rules for consumers and investors. The Regulations will cover three types of cryptoassets: asset referenced tokens, electronic money tokens and other cryptoassets not covered by existing European legislation. Amongst other things the Regulations will bring these assets under the supervision of ESMA and the European Banking Authority. They will implement guidelines for marketing crypto assets and import rules from existing equity market regulations on market manipulation and investor protections, including AML rules. It remains to be seen whether these Regulations will do what the EU hopes and protect consumers and investors whilst encouraging innovation and investment in this sector.

The UK and the US are lagging behind the EU. Whilst both jurisdictions are looking to implement regulations, the US has been hampered by the ongoing debate about the classification of cryptocurrencies as securities or commodities, which has thus far stifled progress. US Senator Lummis has spoken out about the need for the US to bring in regulation urgently following FTX’s collapse. An early supporter of cryptocurrencies, she bought her first bitcoin almost a decade ago. Lummis said: “I hope [FTX’s collapse] highlighted with members of Congress who have not taken the time to learn more about this asset class, that it’s time for them to learn more about it so we can engage in proper regulation.”

The UK on the other hand has not been shy about its intention to become a “global hub” for the crypto industry, proposing new regulations for stablecoins, a Royal Mint NFT and a suite of other measures to court digital asset companies. The UK’s City Minister has reiterated this intention post-FTX and said his approach to setting rules for financial services is to allow more risk despite the collapse of FTX and the contagion that has continued to spread across the crypto industry.

So, for now, we will have to wait and see if the UK and the US can get their acts together and bring in rules that help reinstate some confidence for investors by balancing consumer protection and the need for transparency with providing an environment that allows for innovation and growth. But what about the here and now?

Fortunately, the UK courts have been at the forefront when it comes to shaping and using existing fraud and asset recovery tools to make them “fit for purpose” when it comes to the recovery of stolen and misappropriated cryptoassets and fraud. They have recognised that hackers and fraudsters are often faceless and nameless. So, whilst you can trace where your crypto went you can’t uncover the name of a culprit without judicial assistance. This has led to the UK courts allowing the use of the “persons unknown” jurisdiction to get round the issue of not being able to name defendants without additional discovery. They ruled that cryptocurrency and NFTs are property, using creative ways to deal with service including serving via NFTs and, opening the gateway for the use of discovery tools like Norwich Pharmacal and Bankers Trust relief against exchanges and other third parties who may hold valuable KYC documents and information which may unlock the identity of the bad actor. Additionally, they have introduced freezing injunctions to stop stolen cryptoassets that have been located, being transferred at the push of a button and disappearing without a trace.

The UK courts have also recently introduced new rules that enable English judges to order foreign companies to hand over documents (CPR PD 6B §3.1(25)). The rules have been hailed by lawyers as particularly helpful to victims of cryptocurrency frauds, where parties involved are often anonymous. Victims who turn to the law for assistance will frequently lack even the most basic information about the person who stole their assets or know where they are based.

Just last month the UK courts ordered cryptocurrency exchanges to hand over customer details to a rival exchange to help it track down $10.7m in stolen funds. The landmark ruling of LMN v Bitflyer Holdings Inc. and others [2022] EWHC 2954 (Comm) is the first case to use the new court rules. The judge affirmed the AA v Persons Unknown [2019] EWHC 3556 (Comm) decision that cryptocurrencies are a form of property and acknowledged that discovery under English common law (Norwich Pharmacal relief) “is a flexible remedy capable of adaptation to new circumstances”. He ordered discovery of the information and documentation against six exchanges including details of the identity of the account holder, email addresses, residential addresses and bank account details, tailoring the orders where needed to meet the concerns of the exchanges about the use of the documents and information to ensure discovery would be provided. The judge also ordered service of the application by email and in one instance by linking the documents to an online account form on one of the exchange’s websites further affirming the English courts creative approach to service in a digital age.

Importantly, the judge addressed the issue of whether making discovery orders against foreign defendants constitutes an infringement of the sovereignty of a foreign jurisdiction and should only be made in exceptional circumstances based on what was said in the Mackinnon case (Mackinnon v Donaldson, Lufkin & Jenrette Corp [1986] Ch 482 per Hoffman J.). In reaching his decision that Mackinnon was inapplicable in this case he said: “The court is faced with the novel challenges of fraud in relation to cryptocurrency transactions. It would be impractical and contrary to the interests of justice to require a victim of fraud to make speculative applications in different jurisdictions to seek to locate the relevant exchange company and then seek disclosure”.

The LMN case is a welcome step forward by the English courts in their approach to combatting crypto fraud by assisting in the recovery of stolen digital assets which are often moved quickly across international borders. However, such steps are unlikely to be enough on their own to help start to thaw the ice and help the industry to move into a Crypto spring but, in this ever evolving sector, one thing is sure, the English courts are likely to continue to evolve the tools that are already at their disposal where possible, to try to help victims of crypto fraud.

Click here for more information on our digital currency and assets services, or speak to our expert below. 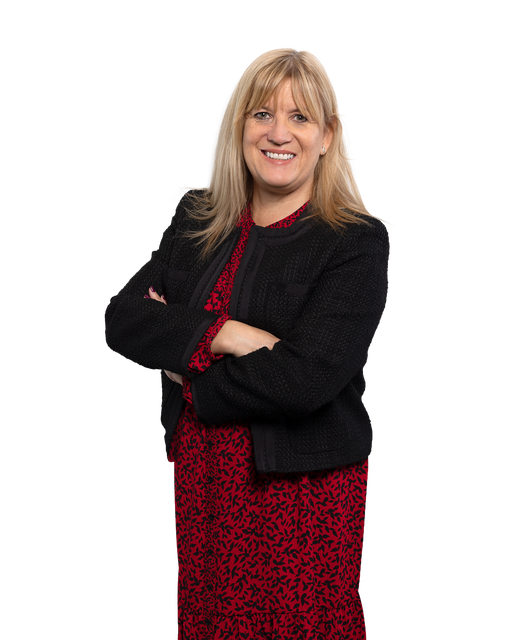