How can the cost of a dispute be kept at an affordable level? Especially when one party is content to incur significant costs to argue their case, and that in turn requires the other side to respond in kind, causing costs to spiral out of proportion to the amount in dispute.

In most disputes a real consideration is the likely costs incurred in achieving a resolution, but in circumstances when the amount in dispute is less than say £100k the costs can quickly become out of proportion to the value of the dispute.

Much has been written about low value adjudication schemes, particularly in the construction industry, and this article does not seek to further explore that area. Instead, I reflect on His Honour Judge Stephen Davis’ suggestions for controlling party costs that he set out in case of The Sky’s the Limit Transformations Ltd v Dr Mohamed Mirza [2022] EWHC 29 (TCC).

In brief, the case concerned a residential occupier defending a claim for payment relating to building work valued in total at c.£120k.

The amount in dispute was less than half the final total value.

A mediation, following an early court direction, failed to achieve a resolution and, for reasons that are not clear, the parties could not or would not engage in adjudication.

The only remaining route to a resolution therefore lay at court.

The parties each engaged multiple experts in addition to their legal teams and incurred considerable costs that far outweighed the sums in dispute. Consequently, the value of the dispute became a secondary consideration to the contest to recover party costs. It was this issue that prompted HHJ Davis to outline proposals for how the court could manage and direct proceedings to deal with similar disputes in a way that sought to minimise or even limit party costs.

The proposals provide for a process managed by a TCC judge, which in summary includes:

HHJ Davis stated the view that approved costs for each party should not exceed £25k for this process including expert, mediator and legal fees.

Full details of the proposals can be found in paragraphs 6-9 of the judgment.

At a recent CPD event hosted by the Association of Northern Mediators, HHJ Davis invited comments concerning his proposals. Amongst broad acknowledgement of the benefits offered by his suggestions was recognition that the facts of that case lent ideally to adjudication or expert determination proceedings, each of which may follow a similar structure to that proposed by the judge, but that those proceedings are absent the power to limit party costs. Alternative suggestions for how the parties could have consented to resolve their dispute included evaluative mediation, and a modified version of adjudication.

As mentioned above, none of these alternative routes could be pursued because, in the absence of agreement, the other party could not be mandated to engage in those proceedings.

How can mandatory and affordable access to justice be provided quickly?

The issue that HHJ Davis’ proposals seek to address then is: how can mandatory and affordable access to justice be provided quickly? This issue raises broad and complex public policy concerns including, for example, consideration of Article 6 of the European Convention on Human Rights (ECHR) for fair hearings. This point was also identified by the Right Hon. Sir Geoffrey Vos in a recent lecture. I do not go into detail on these issues here but am conscious of the need to consider broader constitutional factors as part of any proposed solution.

In disputes concerning relatively modest sums, which in my experience of the construction industry make up a significant proportion of the number of disputes, litigation is not a realistic option due to the prohibitive costs involved. Adjudication is accepted as providing relatively rough and ready justice due to the timescales involved and is acknowledged as having become highly legalistic in its procedural administration and suffers criticism of having become expensive, particularly when you factor in the potential additional cost for subsequent enforcement proceedings.

In circumstances (as in the case in question) where there is no consensual method of resolution available, thereby making the only available route to justice via the courts, what can a party do to avoid the significant costs of making its case in court? Is it fair that a party can bring a case as a tactic to negotiate a discount or to spend as much as it can afford, out of proportion to the sums in dispute? I note that such approaches are not necessarily limited to low or modest value disputes.

In an industry that has become accustomed to relatively speedy resolution in the form of adjudication, the option of litigation, even using the small claims court (Money Claim Online), simply takes too long, and other court actions are prohibitively expensive.

For low/modest value claims, HHJ Davis’ proposals would provide an option for parties to consider and would satisfy a number of the policy considerations mentioned above. Although, if successful, I wonder how soon such a process would quickly become overburdened, especially if it subsequently became attractive as an alternative to adjudication, or other methods of resolution. Recent headlines concerning court workloads and backlogs suggest the courts are already struggling. As positive as a new shorter and cost controlled option would be, it would likely further impose an additional burden on a system that is already suffering and may ultimately lead to delays that negate the time benefits of such a procedure.

Adjudication was intended, in part, to address concerns about the volume of claims in the industry and to ease some of the burden on the court system. However, the limiting factor that prevents adjudication being a viable alternative in these circumstances is that it is not mandatory (neither is mediation or any other form of non-court resolution in the absence of agreement).

Therefore, what appears to be required is a government review examining the cost (in a broader sense to include representative costs) of civil justice and how systems may be designed or modified to balance the competing considerations of time, cost, and providing a fair hearing. HHJ Davis’ proposals may provide a realistic option in the interim.

I would, however, like to see further discussion and consultation about how mediation, adjudication, expert determination, or arbitration may be afforded a mandate to consider the cost of those proceedings, so that the benefits of such approaches can be available in circumstances that dictate they should be adopted as a common sense and realistic alternative to expensive litigation. 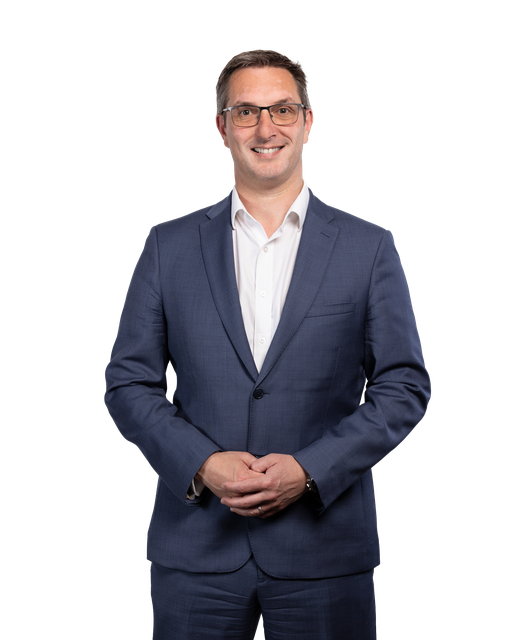