When operations are shifting weekly, how do we help people keep up?

One thing the Covid-19 crisis has revealed in terms of strategic human resource management is the essential role of human capital data in organisational agility.  From determining who needs to be furloughed to reallocating human capital to fill critical resource gaps, the organisations that were able to pivot quickly were those equipped with robust data on who they’ve got and where; their core capabilities, limitations, and perhaps most importantly, their potential and ability to adapt.  Armed with these insights, these organisations were able to respond rapidly and efficiently when it mattered most.

The challenge is human

Before the current crisis, the challenge was digital transformation.  The shifts in technological change – which now seem slow in comparison to the wicked pace of COVID-19 – continue unabated.  Your organisation’s ability to leverage the proliferating range of technology available and turn it into competitive advantage will be critical now, and all the more important when it comes to getting your organisation’s performance and productivity back on track.

But demands for skills in high growth areas such as cloud computing and AI continue to surpass supply, whilst the ability for any HRD to predict future resource needs becomes increasingly challenging due to the high level of uncertainty.

On top of this, while technology is transforming workplaces evermore rapidly, human capability is not adapting at the same pace [1]. Current approaches aren’t bringing about change fast enough – in Kiddy & Partners’ latest research, only 9% of organisations agreed that leaders’ attitudes and behaviours are changing at the rate that they would hope. As a result of this, almost a third of organisations are unsure that their employees have the skills required to achieve the current business strategy.  Unless we adopt new strategies, the gap will continue to widen.

Businesses are looking inwards for the skills they need

Global skills shortages in key growth areas have led many organisations to recognise that they will need to rely on internal skills development to close these gaps.  In fact, 80% of organisations now recognise that they need to develop leaders differently.  In Kiddy & Partners’ recent research, 40% of participating organisations reported that they expect they will need to put more emphasis on internal development and promotion to fill key positions over the next 5-10 years. Similarly, 75% of executives in a 2018 McKinsey survey said they believed reskilling would fill at least half of the future talent needs.   Indeed, given that the half-life of a job skill is now thought to have decreased to around five years - meaning that every five years, a skill becomes half as valuable as it was before  - reskilling will become unavoidable, regardless of promotion or role change.  Even if you don’t change role, the role will change around you.

To succeed in this environment, organisations need to think broadly in terms of the pools from which they develop critical talent, and be innovative the methods they use to do this. For example, as revealed by the World Economic Forum’s Global Gender Gap Report (2020), women continue to be significantly under-represented in roles which reflect the professions of the future; in particular, roles requiring disruptive technical skills such as Artificial Intelligence, Robotics and Genetic Engineering, where significant growth is predicted.  The WE Forum analysis reveals how in some of these areas, there is an opportunity to develop women who currently reside in professions with high skill similarity, and transition them into careers in allied professions with high future growth. For example, women make up 25% of Data Scientist professionals but they comprise 31% of those with a relevant skillset in all other occupations. Similarly, in Marketing today 41% of Digital Specialists are women, yet 53% of those in the talent pipeline are female. In fact, they highlight “all professions featured…currently under-utilize their available talent pools and thus can make further gains through a diversity and inclusion agenda.”  Thus, it becomes clear why the diversity agenda is not a separate ‘nice to have’, but a critical component of strategic resourcing and business planning.

Keep assessment and development firmly on the agenda

Another inefficiency adding to the widening gap between the rate of business change and people change is the provision of development programs that are peripheral to strategic goals.   Development needs should be identified through rigorous assessment, not assumption, and population-level needs assessment won’t deliver the detail needed to change individual behaviour. Assessment-informed development  ensures that the gaps between current and required future capability are closed and avoids squandering precious development spend on areas that will not help the business achieve its strategic objectives.

Once development needs have been identified, the next challenge is to determine how those needs are best addressed - and one sizes fits all rarely fits any. Although many HR professionals have now shifted away from an over-reliance on mass development programmes towards more individualised learning paths incorporating self-directed and experience-based learning, it is still essential that such paths are steered by rigorous data rather than hoping the learner can successfully navigate the path alone.  The risk for contemporary HRD practice is that the explosion of accessible learning content is not accompanied by rationale for determining what content is actually needed, by whom, how it should be delivered, and whether or not it is effective in meeting the learning needs identified.  As articulated by Peter Cappelli and Anna Tavis, “Although helpful for those who have clearly defined needs, this is a bit like giving a student a key to the library and telling her to figure out what she must know and then learn it” (p. 52).

Whilst we all hope and pray that we won’t need to respond to another pandemic for a very long time, the reality is that the future is unpredictable; perhaps the only real certainty is uncertainty.  What’s clear though, is that the ability of your organisation to respond rapidly to whatever is thrown at it in future will be determined by the collective agility of its human resources.  Knowledge is power, so ensure your people insight is robust and your development approaches multifaceted. The pace at which we’ve all pivoted to our current virtual working environment shows that with the right motivation, wide-scale people change can be achieved at pace.

[1] Deloitte (2017). Rewriting the rules for the digital age: 2017 Deloitte Global Human Capital Trends.
[2] Kiddy & Partners (2020). The Leadership Challenge. Kiddy & Partners: London. Available at: www.kiddyandpartners.com
[3] Deloitte (2019). Leading the social enterprise: Reinvent with a human focus: 2019 Deloitte Global Human Capital Trends.
[4]McKinsey (2018). Retraining and reskilling workers in the age of automation https://www.mckinsey.com/featured-insights/future-of-work/retraining-and-reskilling-workers-in-the-age-of-automation
[5]Kasriel (2017). Skill, re-skill and re-skill again. How to keep up with the future of work. https://www.weforum.org/agenda/2017/07/skill-reskill-prepare-for-future-of-work/
[6]Cappelli (2015). Why We Love to Hate HR…and What HR Can Do About It. Harvard Business Review, 93(7/8), 54-61. Available from http://www.hbr.org.libproxy.unl.edu
[7]Benson-Armer, Gast & van Dam (2016). Learning at the speed of business.  McKinsey Quarterly, May 2016. https://www.mckinsey.com/business-functions/organization/our-insights/learning-at-the-speed-of-business
[8]Cappelli & Tavis (2018). The new rules of talent management. Harvard Business Review, March–April 2018 Issue, https://hbr.org/2018/03/the-new-rules-of-talent-management 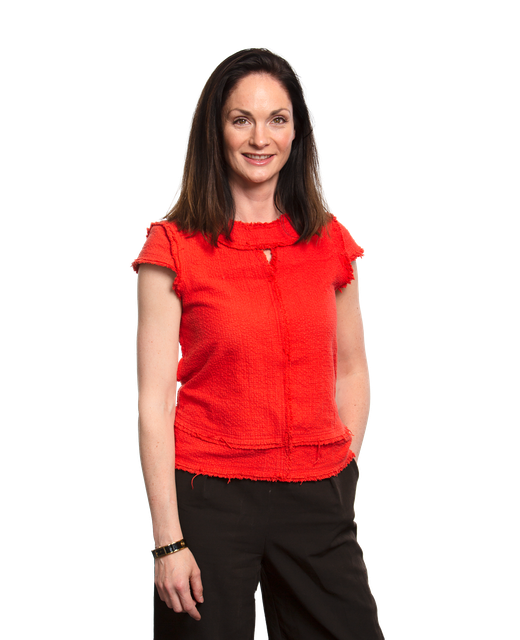