The very first Tribunal decision on the level of consideration and compensation payable by an operator to a site provider under the new Electronic Communications Code was published last year.

In the case of EE Limited & Hutchinson 3G Limited v LB Islington the Tribunal ruled that the value of the Code rights is just £50 in a decision that will be viewed as a victory for operators and sets the sort of precedent that landlords had been fearing.

The headlines from the case, which related to the operator’s right to install and operate electronic communications apparatus on the roof of Threadgold House, a block of flats belonging to the London Borough of Islington, are as follows.

The Tribunal ruled that the value of the Code agreement in this case is £50, taking account of what it christened the 'no-network assumption'.

This term will quickly become as prevalent in the telecoms world as the term ‘no-scheme world’ is to compulsory purchase practitioners.  It relates to the wording of Para 25(3) of the new Code which requires the assessment of consideration to assume that the right does not relate to the provision or use of an electronic communications network. As the Tribunal explains, the obvious purpose of this ‘is to exclude from the assessment of consideration any element of value attributable to the intention of the operator to use the site as part of its network’.

The Tribunal included a further amount under the heading ‘consideration’ to take account of the assumption that ‘the terms sought by the claimants and which the Tribunal will impose do not include an annual service charge. In a negotiation in the market we consider that a willing landlord and tenant would agree a rent which took this into account’. This resulted in a total award of consideration of £1,000 pa.

The Tribunal’s rationale for opting to wrap a service charge in to the consideration is that the alternative scenario (i.e. leaving costs incurred to be claimed as compensation) would potentially result in disputes relating to minor costs, whereby the Tribunal has taken the view that ‘the total sums involved are likely to be small and we consider that reasonable parties would wish to wrap them up in a single annual occupation payment for that reason'.

The actual figure was arrived at having taken in to account the level of service charge paid by the owners of flats in Threadgold House (which averaged £1,300 per flat over the past three years). It was noted that 70% of the service charge related to building insurance, caretaking and management, all of which are services that the operator will benefit from, and the Tribunal also noted that the operator’s ‘presence in the building will make additional demands on the respondent and its staff’ and it can reasonably be expected that ‘there will be some wear and tear on the roof by reason of the claimants’ presence which might be agreed to justify a higher contribution’.

It is worthy of note that the Tribunal specifically stated that the operator’s contribution to the service charge should not be related to the number of visits its staff are likely to make annually to the building.

It is also worthy of note, though hardly surprising, that the Tribunal made clear that references to rents paid under agreements entered in to under the old Code are not of relevance: ‘To use them as comparables would be contrary to the no-network assumption since they evidence the value of rights to provide and use an electronic communications network. They are also open to a number of further objections: they were based on a different statutory valuation hypothesis, i.e. consideration was to be fair and reasonable’.

Finally, and again unsurprisingly, the Tribunal has made clear that it will not be persuaded by attempts to contrive a consideration figure by reference to uses for which there is no demand. In this case reference was made to discounting car-parking rates and basement storage rates, about which the Tribunal stated: ‘values achieved on lettings of parking spaces or for basement storage are of no real value in determining what would be agreed in the market for the right to keep installations unconnected to a telecommunications network on the roof of a ten-storey residential building. We accept that there is no demand for such space for any commercial purpose unconnected to telecommunications’.

The Tribunal ruled that in this case no compensation is due but 'if any loss or damage can ever be established under these headings the respondent will be able to present a new claim for compensation supported by proper evidence'.

In this case the claimant had included 29 heads of claim for compensation, but the Tribunal noted ‘very few heads of compensation were supported by evidence of actual loss, or any attempt to quantify loss likely to be sustained in future’. Oddly, in my view at least, the claim did not even quantify the amount being sought in relation to professional advisors’ fees.

Interestingly, although Para 84(2) lists a number of items for which compensation may be awarded (being reasonable legal and valuation expenses, diminution in the value of the land, and reinstatement costs) the Tribunal’s decision states that ‘the list is not intended to be exhaustive’ and notes that Para 25(1) provides for the Tribunal to ‘order the operator to pay compensation to the relevant person for any loss or damage that has been sustained or will be sustained by that person as a result of the exercise of the code right’.

A Code Agreement can take the form of a lease

The Tribunal ruled a Code agreement can take the form of a lease although it was acknowledged by both parties that whether the agreement is a lease or licence would have no impact on the amount of compensation due.

Both parties have been giving a telling off for their failure to co-operate with one another and, in the site provider’s case, their failure to follow the Tribunal's directions. A couple of quotes here demonstrate Martin Rodger QC's feelings on this issue, and should serve as a clear warning to other parties who may soon be before him or one of his colleagues:

‘As this case has already demonstrated, the burden on the Tribunal’s resources caused by parties who fail to cooperate with each other and with the Tribunal is considerable’.

‘Where a party fails to co-operate with the Tribunal to such an extent that the Tribunal is unable to deal with the proceedings fairly and justly the Tribunal has power under rule 8(3)(b) of The Tribunal Procedure (Upper Tribunal) (Lands Chamber) Rules 2010 to strike out the whole or part of that party’s case. We consider that the respondent’s failure in this case falls within that description. The Tribunal cannot force parties to agree, but it can require them clearly to state their case so that it can identify and determine the matters in dispute within the time limit fixed by Parliament……For these reasons we indicated at the start of the hearing that the respondent would not be permitted to call evidence or make submissions on the terms of the agreement (as opposed to the consideration and compensation payable)’.

Point of note: The actual amount of consideration that will be specified in the agreement will be £2,551.77, notwithstanding the Tribunal’s assessment of consideration being £1,000. This is because the claimants’ notice under paragraph 20, and its statement of case for the Tribunal, both proposed the payment of £2,551.77 per annum as consideration for the grant of the Code rights which was said to match or exceed the figure which would result from an application of the paragraph 24 valuation criteria. That figure was intended to incorporate both consideration and items that may be payable as compensation. This compares with the site provider’s position that consideration ought to be £13,250 per annum. For the purpose of context it should be noted that prior to the new Code coming in to force the parties had been close to agreeing terms based on an annual rental of £21,000 per annum. 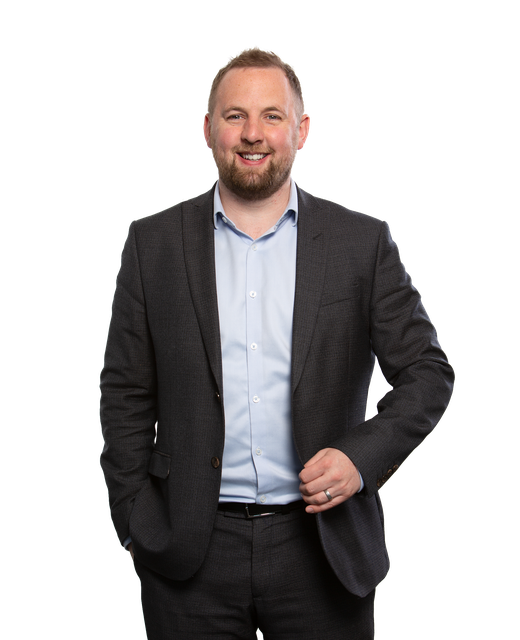