An area of law which is often overlooked for its complexity is cross-border estate administration. It can be a difficult maze to navigate, and we are here to help make this easier for you at what can often be an extremely difficult time.

Some of the key issues to consider are detailed below and, without being too morbid, tip number one is that it is much better for consideration to be given to these issues whilst the client is alive!

What does “domicile” actually mean?

This is a concept which we often throw around, but to many people it will mean very little.

Essentially, domicile is a common law concept that the English courts use to determine which legal system applies to an individual where that individual has connections with more than one jurisdiction.

(a)  you are UK tax resident for at least 15 of the 20 UK tax years immediately before the relevant UK tax year; or

(b)  you were born in the UK with a UK domicile of origin, you have left the UK and obtained a common law domicile elsewhere and you subsequently return to the UK. In this instance, you need only to have been UK tax resident in 1 of the 2 previous UK tax years to be classified as deemed UK domiciled for UK tax purposes. This is harsh and often catches people out!

You will need to carry out a review of where the deceased died domiciled at common law and if they have acquired a deemed domiciled for UK tax purposes before you consider the succession of their assets, the extent of their exposure to IHT and the right to the Grant of Representation. We have expanded on each of these points below.

Did the deceased leave a Will?

Hopefully, the deceased will have been advised during their lifetime to draw up a suitable Will. If so, there are several follow-up questions:

Do we recognise the Will as a valid testamentary document in the UK?

The UK is party to the Hague Convention 1961 which means that it will recognise an international will, if it complies with the formalities set out in that convention. We would also need to take advice in any other jurisdictions in which the deceased held assets to ascertain whether they will recognise the Will.

Under English law international conflict of law principles, the succession to moveable property worldwide (essentially, everything other than real estate) is governed by the law of (common law) domicile of the deceased. Which jurisdictions could lay claim to the deceased’s common law domicile? Will they recognise the contents of the Will?

The succession to immoveable property (i.e., real estate) is governed by the law in the country in which the asset is located unless there is a convention to state otherwise.

In the UK, we have complete testamentary freedom (subject to potential claims made by disgruntled family members under the 1975 Act!). If, however, the deceased died domiciled or owning real estate in a civil law jurisdiction there might be forced heirship considerations.

Does the Will contain a choice of law?

If so, will this be recognised by the relevant jurisdictions? Taking the EU Regulations as an example, Brussels IV is relevant to estates that have connections to the UK and an EU member state that is bound by it. Under these Regulations, it is possible for a person to choose the law of any nationality they have when making a Will to govern succession to their worldwide estate instead of their “habitual residence”.

Even if there is a Will, this may not deal with all the deceased’s assets.

So, how does the estate administration actually work in practice?

If there is a valid Will….

Assuming that the Will is recognised in the relevant jurisdictions, each will have their own requirements.

In the UK, we will look to the named executors to complete an IHT account and apply for the Grant of Probate. If the executors are outside the UK, it is often simpler for them to appoint us as attorney.

If the Will is a non-UK Will, the UK Court will want to see an affidavit or statement of truth of the relevant law confirming the validity of the Will. If the original Will cannot be released (because it has been filed in the relevant jurisdiction) we will need to confirm why and file a notarial copy.

The HMCTS digital platform, which was introduced to “speed up” the probate process, has not quite caught up with the times and it cannot currently be used for Grants in respect of non-UK Wills, Grants where the deceased died domiciled outside England and Wales or Grants to attorneys. In these circumstances, the PA1P paper application form must be used and the joys of dealing with HMCTS over the telephone continue.

If there is not a valid Will or the Will does not deal with the entire estate….

The deceased has died intestate (or partially intestate) and the Non-Contentious Probate Rules 1987 (“NCPR”) determine who has the authority to act as the personal representatives (“PRs”).

Rule 22 of the NCPR applies to a UK domiciled individual and Rule 30 if the deceased died domiciled outside of England and Wales. In this instance, you will use a PA1A paper form. The UK Court will require a translated and certified succession certificate if the application is made under Rule 30.

We will need to look to the other relevant jurisdictions to see whether they will apply for separate Grants or whether it is possible (and if so, more efficient) for them to simply re-seal the UK Grant. In the UK, where the deceased died domiciled in certain jurisdictions and a Grant has been issued in those jurisdictions, application may then be made for that Grant to be re-sealed in England and Wales.

The question the client really wants to know, to what extent will the estate pay IHT?

The situs of an asset is decided by case law, statute and occasionally double taxation treaties, conventions, or agreements. The relevant rules will need to be checked for each asset type.

The rate of IHT is currently 40% to the extent that a person’s chargeable estate exceeds their available “nil rate band” (currently £325,000). Various factors need to be considered, such as lifetime gifts, reliefs and exemptions which might be available and whether the estate can benefit from the transferable and/or residential nil rate bands.

An often-invaluable point which is overlooked is whether any IHT planning can be carried out under s.142 or s.144 of the Inheritance Tax Act 1984. This could help some families to avoid IHT whilst also ensuring that the estate passes in line with their wishes and so it is always worth reviewing.

Of course, in respect of cross-border estates, it will often be the case that other jurisdictions also have a right to levy taxes on the same assets. Again, this is where the non-UK lawyers come in!

If both the UK and another country charge inheritance tax, the estate could potentially avoid or reclaim some of the taxes paid through a double taxation convention. The UK has very few double taxation conventions in respect of IHT, however, if the estate suffers double taxation and there is no convention, credit could be given under the unilateral relief rules which offer up various formulas. Only when we have certificates of tax showing the taxes paid in the other relevant jurisdictions can we make a claim for relief, plus interest on the tax overpaid (again, often overlooked!).

And finally, the compliance trap!

It is also worth, briefly, touching on compliance. Despite completing an IHT return many estates will still need to register with HMRC’s estate register. Many clients do not realise this.

In addition, you will need to ensure that the deceased’s pre-death and estate admin period tax liabilities are up to date, providing any beneficiaries with the necessary information to complete their own personal tax returns. Consideration will need to be given to any equivalent tax liabilities in other jurisdictions where the deceased held assets. This will all depend on the deceased’s and PR’s tax residency status. Another complex set of rules which are for a different article….

Finally, if one or more trusts are provided for under the terms of the Will (or the law of intestacy) there are additional UK tax and other issues to address. It really can be a minefield, especially with the ever-increasing compliance rules coming into play.

Do you have any queries regarding cross-border estate administration?

Estate administration can be far from straightforward. If you have any queries regarding the above or have a client or contact who may benefit from our guidance, please get in touch with our contact listed below or visit our private wealth and international private wealth pages for information on the services that we offer. 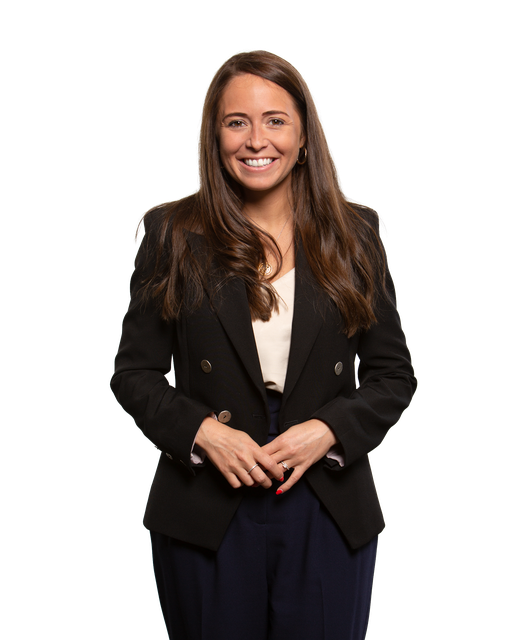