Gateley has won the coveted UK Law Firm of the Year award at the British Legal Awards.

Hosted by Legal Week in association with The City of London Law Society, the awards recognise the crème de la crème of the UK’s legal sector. 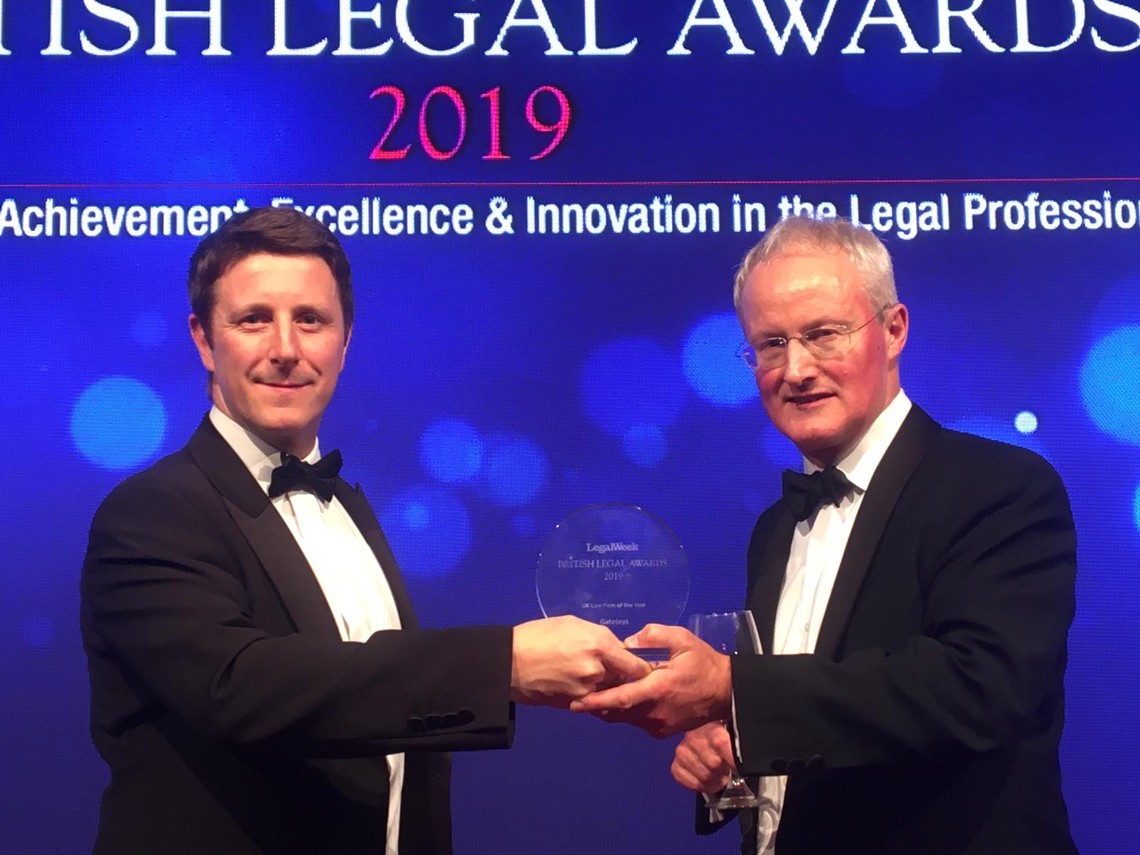 A defining feature of the awards is the credibility of the judging process as the winners are decided by an independent judging panel, chaired by Edward Sparrow, Chair of the City of London Law Society. The panel is made up of general counsel and other senior members of the legal community, including several former law firm managing partners.

On the win, the judges commented that Gateley has more than held its own in a year that has shown innovation in both its strategy and performance, with judges praising the firm successfully leading the way, where other firms have since followed.

The accolade ends a successful 2019 for the legal and professional services group, having broken through the £100m revenue barrier for the first time and reaching the 1,000 mark for employees.