On 15 January 2021, the Supreme Court delivered its judgment in the test case brought by the Financial Conduct Authority regarding business interruption losses arising out of the COVID-19 pandemic.

Eight insurers participated in the test case. 21 sample policy wordings were considered, mainly of a kind purchased by small to medium sized enterprises, but the FCA estimates that a further 700 types of policies issued by 60 different insurers and 370,000 policyholders might be affected by the test case.

The FCA had achieved a good outcome for policyholders in the judgment of the first instance Court on 15 September 2020. Under the “leapfrog” procedure, the appeals went straight to the Supreme Court. Now, the Supreme Court has dismissed insurers’ appeals and upheld the appeals of the FCA on four issues (two of them on qualified terms) on which the FCA had not succeeded in the Court below. This is very good news for many businesses, whose insurance claims have been put on hold pending the outcome of this appeal.

The Supreme Court said “It is hoped that this determination will facilitate prompt settlement of many of the claims and achieve very considerable savings in the time and cost of resolving individual claims.”

Before we consider the detail of the judgment, it is important to highlight that there will still be many policyholders who do not have cover for such losses. In particular:-

Those policyholders who have good claims may also be disappointed to find that the amount of cover they purchased is limited. The non-damage business interruption extensions are often subject to relatively low limits of indemnity and a relatively short “Maximum Indemnity Period” for which the losses can be recovered.

Many policyholders are covered for COVID-19 business interruption losses

Now for the uplifting news, for those policyholders who can expect their claims to succeed following the Supreme Court judgment!

In relation to disease clauses with a radius limitation, the Supreme Court held that the insured peril is each case of notifiable disease within the specified radius of the insured premises. The trigger for cover is that an individual contracted COVID-19 (there is no need for a diagnosis of COVID-19 or for the person to have manifested symptoms) within the radius.  Can it be said that the insured peril caused the policyholder’s business interruption losses? There is no difficulty here, because the Supreme Court has held that each individual case of COVID-19 within the radius before the introduction by the Government of public health measures in response to the pandemic was a “separate but equally effective cause” of such Government measures and of the public’s response to the pandemic – i.e. just as effective a cause as the other individual cases of COVID-19 outside the radius.

In relation to prevention of access / public authority wordings and hybrid wordings, the insured peril is a composite one. In the case of hybrid wordings, the requirement for an occurrence of a notifiable disease is combined with other elements contained in the prevention of access or public authority clauses. These elements typically include some combination of the following :  the prevention / denial / hindrance of access to the insured premises / inability to use the insured premises due to actions / advice / restrictions of / imposed by order of government / local authority / police / other body due to an emergency likely to endanger life or neighbouring property / an incident within a specified area.

The FCA had appealed some of the findings of the Court below. In particular, the FCA argued that policyholders who had taken steps in response to “general measures” (the Government’s “stay at home” instruction, the “2 metre” instruction and the prohibition against gatherings) and “specific measures” (instructions to specific categories of business to close) should not be in a worse position than those who had acted only in response to the Regulations of 21st and 26th March 2020. The Supreme Court held that an instruction given by a public authority may amount to a “restriction imposed” if it carries the imminent threat of legal compulsion or is in mandatory and clear terms and indicates that compliance is required without recourse to legal powers. (It did not decide whether that approach encompassed the general or specific measures).

The Supreme Court confirmed that “inability to use” the insured premises means inability to use and not hindrance of use. Significantly for policyholders, this element may be satisfied where a policyholder is unable to use the premises for a discrete business activity or is unable to use a discrete part of the premises for its business activities. The Supreme Court interprets “prevention of access” wording in the same way.

One of the most significant aspects of the Supreme Court judgment is its approach to the “trends clause” in all of the policy wordings considered in the case. By way of background, and paraphrasing from the judgment, the standard method used in business interruption insurance to quantify the sum payable under the policy takes an earlier period of trading for comparison purposes. Whilst the basic comparison between the turnover of the business in the prior period and in the indemnity period will produce a rough quantification of the lost revenue, there may be specific reasons (“trends” or other circumstances) why a higher or lower figure would be expected for the indemnity period apart from the operation of the insured peril. The purpose of the trends clause is to require adjustments to be made to calculation to account for such matters. In this case, insurers argued that they were not liable to indemnify for losses which would have arisen regardless of the insured perils, by reason of the wider consequences of the pandemic. The Supreme Court held that the trends clauses should not be construed so as to take away cover provided by the insuring clauses and that no adjustment is to be made in respect of the wider effects of the pandemic.

A related point concerned “pre-trigger losses” – i.e. the fact that many businesses experienced a lower turnover due to COVID-19 in the period before cover under their business interruption policies was triggered. The Supreme Court rejected insurers’ argument that such downturn in business should be taken into account. In line with its interpretation of the trends clauses, adjustments should only be made to reflect circumstances affecting the business which are unconnected with COVID-19.

The ruling on these points will have a significant effect on the amounts insurers have to pay, where there is cover. We know of insurers who were applying a significant percentage “COVID adjustment”, in their preliminary adjustments of claims, pending the outcome of this case.

What should policyholders do next?

Now that the Supreme Court has delivered its judgment, all insurers must deal with the business interruption claims that have been made by their policyholders. The validity of the claims will depend upon the precise wording of the policy, the factual position applying to the particular policyholder and the proper application of the law contained in the Supreme Court judgment.

In some cases, policyholders will need to present more information in order to succeed on their claims. Where the cover wording involves disease within a radius of the insured premises, policyholders should ask their insurers if they admit that cases occurred within that radius at the relevant time. If there is no such admission, policyholders will need to collect the relevant evidence. The judgment of the first instance Court discussed various sources of evidence and the insurers involved in the test case have made some concessions about this.

It is for policyholders to submit a quantified claim (if they have not done so already), prepared in accordance with policy terms. This is not always an easy exercise.

If policyholders have submitted quantified claims, they should revisit the calculation of their claims to ensure that they are accurate.

No-one should assume that insurers will get the calculation right when they respond to the claim. We are acting for one policyholder whose insurer has delegated the task of quantifying such business interruption claims to an accountancy firm, which has not calculated the claim on the correct basis. Its approach to the calculation is not in accordance with the terms of the insurance policy or with normal practice! If the policyholder had accepted the calculation, it would have been deprived of many thousands of pounds. 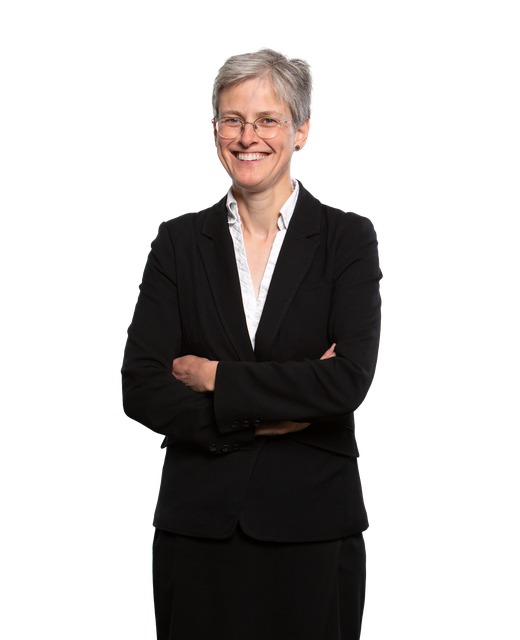