Since the beginning of this century, England and Wales has been the jurisdiction of choice for businesses seeking to initiate claims for damages they have suffered as a result of infringements of competition law, such as cartel agreements or abuse of a dominant position.

Some five years ago, the EU Antitrust Damages Directive – which was adopted to make it easier for victims of anti-competitive behaviour across the EU to obtain compensation – introduced a minimum standard for all EU Member States, but this has not led to the UK losing its competitive advantage, for example over other “claimant-friendly" jurisdictions such as Germany and the Netherlands. Brexit is unlikely to change this either.

The English regime has specific features that make it very attractive to claimants, including: (i) a specialised court; (ii) in principle, relatively short duration of proceedings; (iii) a generous attitude of judges towards the assumption of jurisdiction; (iv) comprehensive and far-reaching rules on disclosure of documents that have a bearing on the case, and (v) the existence of an opt-out system for collective actions.

We now look at each of these features in turn.

Claims for damages can be brought before the High Court or the Competition Appeal Tribunal (“CAT”). The CAT is a specialised court established specifically to deal with competition disputes. The tribunal has its own rules and procedures, specialist judges and financial and economic experts.

Panels of the CAT are chaired by a judge and include two other members who may be lawyers, judges, economists, or accountants. The CAT has well-known competition economists among its members, such as William Bishop and Derek Ridyard. Proceedings before the High Court are usually chaired by a single judge who may or may not have competition law expertise.

The presence of specialised judges supported by experts with knowledge of antitrust damages calculation is a huge advantage over the vast majority of other European countries where the judiciary generally has limited knowledge of competition law and is unfamiliar with calculating antitrust damages. In the best-case scenario, this only delays proceedings; in the worst case, claims are rejected on erroneous grounds.

The calculation of antitrust damages is not a simple exercise. In the case of price surcharges, for example, the actual market conditions with a cartel must be compared as closely as possible with a hypothetical market without the cartel. This comparison will invariably lead to expert reports that work with assumptions and ranges. Precise calculations are often difficult to make.

Fortunately, this is also not expected of claimants. In relation to damages, the fundamental requirement of justice is that the court must do its best on the evidence available - this is labelled the “broad axe” principle. (See, e.g., Watson Laidlaw & Co Ltd v Pott Cassels & Williamson)

There is also European guidance to the same effect. In a Commission Staff Working Document entitled “Practical Guide on Quantifying Harm in Actions for Damages,” the Commission said:

“17. Quantification of harm in competition cases is, by its very nature, subject to considerable limits as to the degree of certainty and precision that can be expected. There cannot be a single ‘true’ value of the harm suffered that could be determined, but only best estimates relying on assumptions and approximations. Applicable national legal rules and their interpretation should reflect these inherent limits in the quantification of harm in damages actions for breaches of articles 101 and 102 TFEU in accordance with the EU law principle of effectiveness so that the exercise of the right to damages guaranteed by the Treaty is not made practically impossible or excessively difficult.”

If the extent of the damage cannot be determined accurately, it is estimated by the court. Obviously, it is a great advantage when that estimation is done by an expert court, such as the CAT. Judges who are not familiar with the matter will be more inclined to err on the side of caution or completely deny a claim.

Antitrust damages proceedings in England will normally take less time than in other European jurisdictions, including the competing jurisdictions of the Netherlands and Germany.

For example, the CAT has a fast-track procedure, unknown in other European countries, although it is up to the CAT itself to decide whether this procedure may be followed by the claimant. There are several criteria that the CAT considers in determining whether “fast-track” is appropriate, including issues such as urgency, expected duration of the procedure and the estimated number of documents whose disclosure will be necessary.

Even outside the formal fast-track procedure, the specific case management powers of the CAT enable this court to swiftly handle cases that are not too complicated. This is one of the great advantages of the CAT as a forum for making claims for damages.

The English courts have shown to be generous in accepting jurisdiction over competition matters with a foreign element. The law requires them to verify whether there is a real link between the claimants and defendants, and they have interpreted this requirement broadly. For example, a subsidiary of an addressee established in England and Wales may be used as the “anchor” for jurisdiction, provided that the subsidiary has helped, even unknowingly, to carry out the infringing activity of its parent company.

Compared to most European jurisdictions, it is relatively easy to file a claim for damages in England and Wales. The most important document is the Particulars of Claim, a document setting out the case of the claimant and specifying the facts relied upon. This document must be accurate, but it does not have to describe the full details of the violations. Nor do plaintiffs in England need to immediately specify the exact amount claimed from the defendant(s). In Germany, for example, claimants must present a well-founded damage calculation at an early stage.

The Damages Directive required Member States to introduce a disclosure regime. In England and Wales, however, disclosure has been a well-known concept for quite some time and the existing law goes significantly beyond the requirements of the Directive. This unique “cards on the table” approach ensures fairness. It means that all parties have access to all key documents to assess the merits of their case before trial.

Such a phased approach to disclosure keeps the process moving and delivers a steady stream of documents to the plaintiffs, while the defendants must continue to search for material relevant to the claim. The duty of disclosure continues until the proceedings are concluded.

The Consumer Rights Act 2015 (“CRA”) introduced a US-style "opt-out" class action regime for antitrust cases. A claim may be brought on behalf of all those who fall within a particular category of claimants. It is not necessary for the members of the class to be identified and for the claim to be brought on their own behalf. In order to initiate such an action, a Collective Proceedings Order (“CPO”) must be requested from the CAT, which it may or may not grant.

It has long remained unclear how high the bar was for starting a collective action. However, in December 2020, the UK Supreme Court put an end to the uncertainty. In Merricks v. Mastercard, the Supreme Court made it clear that that bar is much lower than the CAT initially considered. Lowering the standard set by the CAT appears to be based in part on policy considerations. Of course, collective proceedings have been introduced for a good reason. It is not the CAT's job to create too many barriers and thereby make such claims for damages virtually impossible.

While Brexit is likely to lead to changes in the way private claims for damages are conducted in the English courts, it will probably not affect England’s position as the leading jurisdiction for antitrust damages claims and may even strengthen it.

In respect of claims related to European Commission investigations initiated prior to 1 January 2021, EU law on private actions for damages will continue to apply, so any changes will not be immediate. Commission decisions adopted from 1 January 2021 in relation to investigations that have also started after this date are no longer binding on the English courts, although they must have regard to them (Section 60A of the Competition Act 1998). It can be safely assumed that the English courts will take the decisions of the European Commission very seriously and may even regard them as quasi-binding.

Regarding Commission settlement decisions, the English courts have in follow-on claims relied on the English law doctrine of abuse of process to prevent defendants from contesting the Commission’s findings (e.g., in Royal Mail v DAF trucks). The doctrine holds that if a party relies on or admits a fact in one case, it is prohibited from contending the contrary to be true in another case. This means that the English courts are likely to rule that the findings in settlement decisions will effectively be binding on the infringing party in subsequent private damages claims in the UK.

An important advantage of Brexit is that it will probably contribute to the swift resolution of claims. Before 1 January 2021, the English courts had to act in accordance with Article 16(1) of Regulation (EC) No 1/2003, which provides that national courts “cannot take decisions running counter to the decision adopted by the Commission.” They must also “avoid giving decisions which would conflict with a decision contemplated by the Commission in proceedings it has initiated.” Article 16 asks the national courts to “assess whether it is necessary to stay its proceedings.”

This provision has in the past caused private actions for damages in the English courts to be delayed for several years, while the defendants' appeal against Commission decisions sluggishly made their way through the European courts.

Several competition cases in which large sums of money are at stake are being brought before the CAT as you are reading this article, including a number of cases that were put on hold pending the ruling of the Supreme Court in Merricks.

The future of antitrust claims in the UK looks bright indeed.

Learn more about how we can help with competition litigation 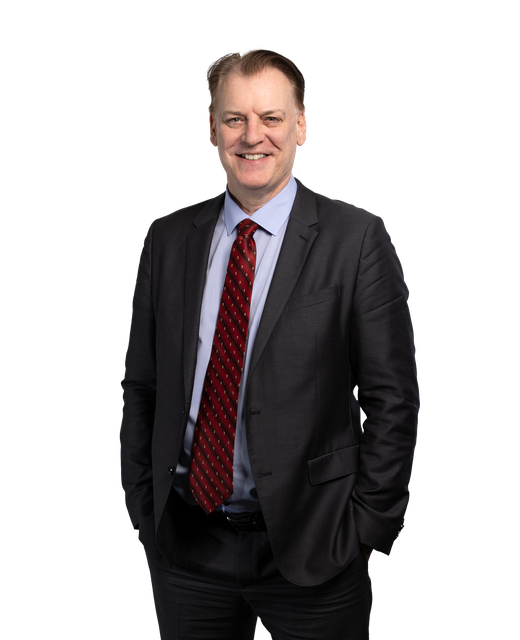