Can a court interfere with a person’s choice of executor in a will? If so, how, and why? Is it enough that the executor has fallen out with the beneficiaries, or that they have a claim against a person’s estate, or challenges the very will under which they are appointed?

How much does the executor’s conduct and even character play a part? These are questions explored in a recent decision of the High Court which serves as a cautionary tale (Pegler v McDonald [2022] EWHC 2405 (Ch)).

Clive McDonald died in 2020 aged 85, survived, amongst others , by his only brother, Timothy, as well as the nephews and nieces of his late wife. Under his latest will Clive appointed Timothy as one of his executors. Timothy disputed the validity of that will, describing it as “fraudulent. A con, a scam.” Under a previous will Clive had left more in legacies to Timothy and other beneficiaries. His late wife’s nephews and nieces stood to receive a share of the residuary estate under both wills.

The nephews and nieces brought proceedings in which they asked the court to pass over or remove Timothy as executor under the latest will. They relied on several grounds for doing so. Firstly, that Timothy was conflicted by his intention to sue the estate in connection with a share of rent and sale proceeds which he alleged were due to him under a trust which his brother had created some 30 years before. Timothy accepted that there was a conflict of interest, but this wasn’t sufficient for him to be automatically disqualified to act as an executor. Why? Because the conflict was created by Clive himself as he had put Timothy in a position where he might one day have a claim against him because of the trust and had still then appointed him as executor. Timothy did not put himself in that position. That did not give Timothy carte blanche to accept his own claim against the estate – rather another executor would need to be involved in the decision, and if there was a dispute, Timothy’s claim would have to be litigated against that other executor. So that ground failed, but there were others.

The nephews and nieces also argued that Timothy had fallen out with almost every individual involved in the estate. He had made complaints to the police about one of the beneficiaries, and complaints to various professional bodies about the conduct of the solicitor who drafted the will and who was originally to be his fellow executor. He had also made serious complaints about the judges involved in his claim, writing to the claimants’ solicitors at one point to accuse the judges of being corrupt. Timothy accepted a breakdown in relations with the nephews and nieces but said that it would not affect his neutrality.

The nephews and nieces also relied on Timothy’s intention to challenge the will, his conduct as an executor, and then his conduct in the court proceedings themselves, which they said cast doubt on his ability to work with others.

There must be “special circumstances” which make it “expedient” for the court to pass over one person in favour of another to administer an estate. A testator who takes the trouble to name people to administer his or her estate after death should not have their intentions lightly set aside. For an executor to be passed over there has to be some special feature which disables them from carrying out their task. In respect of the separate question of removal of an executor, it is unnecessary for the court to find wrongdoing or fault. The guiding principle is whether the administration of the estate is being carried out properly. The court will look at the welfare of the beneficiaries and ask, is it in their best interests to replace one or more executors? The testator’s intentions are just one factor in the exercise of the court’s discretion. Beneficiaries have no right to demand replacement of an executor and a breakdown in relations is not enough. The court must make a balanced judgment taking a broad view of what is in the interests of the beneficiaries as a whole. It should ask whether it has become impossible or difficult for the executor to complete the administration of the estate.

Such principles proved fatal to Timothy’s desire to remain as executor of his brother’s estate. The judge acknowledged that it was the testator himself who appointed Timothy, that friction or hostility between beneficiaries would not be enough, and that replacement with another executor would add costs to the estate. Against that, the judge found Timothy’s approach to the validity of the latest will “highly troubling”. When all taken together – falling out with others, potential misapplication of estate assets without any consultation, not recognising the authority of judges whose decisions he may not like, the complete breakdown in relations with other beneficiaries, and the lack of judgement shown by his pursuing hopeless applications – Timothy’s conduct disqualified him from being concerned in the administration of the estate. It was in respect of Timothy’s conduct, but also his character in these matters, that the judge was particularly excoriating.

“It is clear that the defendant is used to taking charge, getting his own way, and brooks no dissent from what he decides. All difference of opinion from his is attributed to incompetence or base motive. All of these things to my mind add up to a comprehensive disqualification for his being concerned in the fiduciary administration of assets for the benefit of other people … on the material before me … my judgment is that he does not have the temperament, character or personal qualities needed to act as a personal representative under English law in relation to the estate of his own brother.”

The case serves as a reminder of situations in which a person’s wishes may be put to one side in favour of the beneficiaries’ interests. That is not done lightly, but in deciding whether an executor is fit to perform their fiduciary functions, the court has shown itself concerned not just with the actions of an executor, but with what those actions say about their character.

Dealing with a dispute which relates to your personal wealth or your family circumstances can be very difficult. Contact a member of our team, or our expert below for support. 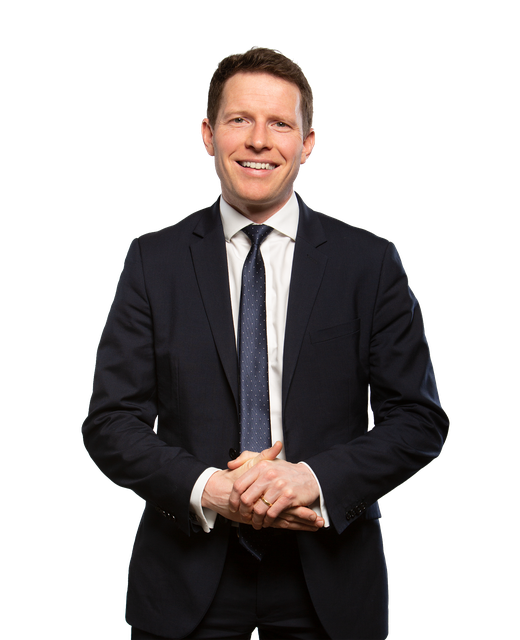