According to the latest official guidance, the new unitary patent (UP) system and its patent enforcement system, the Unified Patent Court (UPC), is expected to commence in Europe on 1 June 2023.

In this article co-written by Julie Myint and Mark Hoggins, partners at Symbiosis IP, Adamson Jones sister company, we consider the advantages and disadvantages of using a unitary patent.

What is a unitary patent?

Currently, once a European patent is granted, it is necessary to validate the patent in each European country in which the applicant wishes that patent to take effect (which in many countries involves the filing of a translation into a relevant language) and then pay annual renewal fees in each of those countries in order to maintain the European patent in force.

The unitary patent (UP) system will provide an option to bring a European patent into force in all participating EU countries (17 countries at commencement), with a single form, a single translation into another EU language and no official fee. A single renewal fee is then payable for those countries.

The European Patent Office has also announced that it is possible from 1 January 2023 to file either a request for delayed grant or an early request for a unitary patent, where a European Patent has been allowed, but the applicant has not yet approved the text intended for grant.

The Unified Patents Court (UPC) will enable centralised infringement and invalidity proceedings for all unitary patents.

The Unified Patents Court will also have jurisdiction (in parallel with the national courts) over all existing European Patents (in the 17 participating EU Member States) and over all future granted European patents that are validated through pre-existing (non-UP) procedures unless these patents are formally opted out of the UP system.

There will be a sunrise period during which pending European patent applications, already granted European patents and Supplementary Protection Certificates can be opted out of the jurisdiction of the Unified Patent Court. This period is expected to run from 1 March 2023 and end on 31 May 2023.

What will change under the new unitary patent system?

Once in force, the new unitary patent (UP) system will not change the filing and prosecution of European Patents at the EPO, and following grant, a European patent will continue to create the option for validation in individual EPC contracting states as a bundle of individual (and severable) national rights. However, the UP will create the option for patent proprietors to centrally validate European patent rights for at least 17 EU Member States via the validation (and maintenance) of a single patent (UP).

In order to utilise the UP, the proprietor (not a licensee) or the proprietor’s representative must file a formal ‘Request for Unitary Effect’ in writing (and, at least during an initial six-year transitional period, file a single translation of the entire granted patent) within one month of the EP patent grant date. Filing such a request will create a UP – a single patent with unitary effect across all the EU Member States that have ratified the UPC Agreement.

After that, a division of the newly established Unified Patent Court (UPC) in a single UP contracting state will then have exclusive jurisdiction for assessing infringement or validity of the granted UP.

However, having a unitary patent is optional, and one can still choose to validate in any/ all EPC contracting states, including those participating in the UP system, by operating as normal and so selecting the ‘classical route’. The classical route involves validating a European granted patent in all 38, or a selected number of, EPC contracting states. The national courts of each one of these individual contracting states is then responsible for assessing infringement or validity of the respective national validation of the European patent. However, even if this classical validation route is adopted, the UPC will also have jurisdiction (alongside the relevant national courts) to assess infringement and validity with respect to nationally-validated European patent rights in all EU Member States that have ratified the UPC Agreement.

Finally, it is possible to opt-out of the unitary system all together and arrange for classically validated patents that are enforced solely in national courts for all EPC contracting states for the lifetime of the patent. However, each owner must formally request this, although such a request can be reversed, but only once.

Choosing how to proceed, i.e. whether to utilise the UP system, depends on the advantages and disadvantages of a unitary patent versus a classical EP patent and whether the countries of interest are party to the unified patent system.

What are the advantages of unitary patents?

The overall cost of validating a European patent with unitary effect is much cheaper than using the classical route, if validation is required in a significant proportion of the 17 EU Member States that will have ratified the UPC Agreement as it comes into force. This is because only one full specification translation is required, at least during an initial six-year transitional period, with the intention that this requirement will be removed as machine generated translation accuracy improves. This single translation has no legal effect and is for information only.

In contrast, when validating a granted European patent using the ‘classical route’, translation costs are incurred and validation fees are payable based on the national law of each contracting state where protection is required.

Thus, one of the most significant advantages of a unitary patent is the reduced validation costs.

European patents validated with unitary effect attract only a single annual renewal fee, payable to the EPO. This fee has been calculated to be equivalent to renewing the patent in approximately four European countries using the classical route. Therefore, if one requires protection in more than four of the 17 UP contracting states a considerable cost saving may be obtained by using the unitary system.

In contrast, European patents validated classically have multiple annual renewal fees, payable to the national patent offices of each contracting state. Thus, another significant advantage of a unitary patent is the reduced renewal costs. Although, if one has protection in four or fewer contracting states, a unitary patent may fail to achieve any renewal cost benefits.

Recordal of assignments and licences

European patents validated with unitary effect have an assignment/ licence recorded centrally at the EPO, resulting in a significant cost saving.

European patents validated classically have an assignment/ licence recorded at each of the national patent offices of the validated states (unless said assignments/ licences were recorded at the EPO prior to grant of the patent).

Classically validated patents may be enforced using the translated document which can lead to inter-sate variations in validity/ enforcement, especially if the translation includes any errors.

What are the disadvantages of unitary patents?

The most significant disadvantage of validating a European patent with unitary effect is the risk of having the unitary patent revoked simultaneously in each of the 17 UP contracting states following a central decision in a so far untested Unified Patent Court (UPC).

In contrast, classically-validated European patents are litigated in each national court of the EPC validated states, resulting in inter-state differences in validity/ enforcement/ revocation. This means out-of-court settlements, based on a decision in a first state to conclude litigation, are possible.

European patents with unitary effect can only be abandoned entirely for all the 17 UP contracting states.

In contrast, classically-validated European patents can be abandoned in one state regardless of any other and this practise is usually undertaken in states of low commercial interest to curtail renewal fees, which increase towards the end of the patent term.

European patents validated with unitary effect are valid across all 17 UP contracting States, and if found invalid in any one of these Member States, will be revoked in all.

Spain, Poland and Croatia have each indicated that they will not join the unitary patent system, so (separate) classical validations will still be necessary in these three EU Member States.

Similarly, unitary patents will not take effect in non-EU contracting states of the EPC, such as the UK and Switzerland. It will therefore be necessary to classically validate in these countries. This is summarised below.

Countries that intend to join at a later date

Countries that do not intend to join the unitary patent system

It follows from the above that, by necessity, validating a granted European patent is likely to involve a mixture of classical and unitary validation systems.

Example 1: validation required in the UK, Spain, France and Germany can be via:

Example 2: validation in the UK, Norway, France, Germany and Italy can be via:

For pre-existing granted patents and subsequently granted and classically validated patents, given the untested nature of the central Unified Patents Court, it is possible to opt out of the Unified Patent Court system during a transitional period of at least seven years. This means one will be able to litigate in the national courts of the Member States. However, if one does not opt out, the UPC and the national courts will both have jurisdiction for cases during this transitional period before the UPC assumes sole jurisdiction upon completion of this (extendible) transitional period.

It is not possible to opt out unitary patents from the UPC, which will assume exclusive jurisdiction in relation to the litigation matters for all 17 EU Member States that have ratified the UPC Agreement.

It is unclear whether one will be able to obtain a Supplementary Protection Certificate (SPC) on a unitary patent. This omission may therefore be a significant reason to validate classically for pharma products. However, the European Commission is investigating creating a unitary SPC, that can be obtained in EU Member States participating in the unitary patent system when a European patent is validated with unitary effect.

European patents validated classically are subject to the national property law of the state in which the patent has been validated.

Where the national property law of a Member State of the unitary patent system is to be applied to the unitary patent, the nationality or place of business of the first named applicant/ proprietor will determine which Member State’s national law is to be applied. Thus, careful consideration needs to be given to the naming of a first applicant where there are a number of applicants.

For IP and patent advice please contact an expert at Adamson Jones. 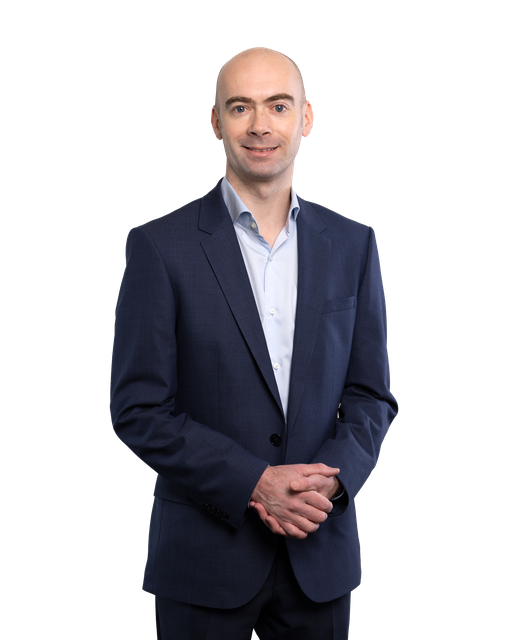