A recent first instance decision involves questions which are relevant for sureties, particularly the applicability of liquidated damages following termination of the employment of a contractor (which could affect the level of losses recoverable under a bond after contractor default)[1].

GPP Big Field LLP (“the Employer”) had engaged Prosolia UK Limited (“the Contractor”) to construct and commission five solar power plants.  The Contractor’s parent company, Solar EPC Solutions SL, (“the Guarantor”) had agreed to guarantee the Contractor’s performance of its obligations under the EPC contracts with the Employer.

In March 2014 the Contractor became insolvent at which time the various power plants had not been completed and commissioned.

The Employer brought a claim for liquidated and unliquidated damages for late and / or non-completion of the works.  The Guarantor defended the claim and also brought a counter claim against the Employer for the balance of the sums due to the Contractor under the EPC contracts.  The Guarantor had taken an assignment of the benefit of those contracts from the Contractor’s liquidator.

Were the liquidated damages a penalty?

The Guarantor defended the claim for liquidated damages on the basis that these were a penalty in law and unenforceable.  The Guarantor relied on the fact that the contracts described the damages for delay expressly as “a penalty”.  The contracts were not in any of the standard forms familiar in the UK construction market.  They were, in fact, Spanish contracts which had been translated into English and there was some criticism of the form and repetitive nature of those contracts in the judgment.  Mr Richard Salter QC, sitting as a deputy judge of the High Court, decided that the liquidated damages clause did not amount to an unenforceable penalty.  This was because the description of the sum as a ‘penalty’ was not conclusive and the two parties were experienced and sophisticated commercial parties of equal bargaining power, who were well able to assess the implications of the penalty clause.  The Judge was satisfied that the sum specified did not exceed a genuine attempt to estimate in advance the loss which the Employer would be likely to suffer from breach.  He said that the sum was not in any way extravagant or unconscionable in comparison with the legitimate interests of the Employer in ensuring timely performance.

Was there an event of force majeure?

The second line of defence advanced by the Guarantor was that the liquidated damages could not be levied for the full period sought by the Employer because the Contractor was relieved of its obligations to complete the works for part of the period because of an event of force majeure.  ‘Force majeure’ generally means an exceptional event which is outside of the parties’ control.  What was the event of ‘force majeure’ in this case?  Certain events were listed in the contract and included “a disturbance, commotion or civil disorder”.   The event in this particular instance was described in evidence as ‘The Villagers’ Revolt’.  There had been protests about the construction of the solar power plant with demonstrations at the site by local protesters.  Those demonstrations had gone on for four months.  The Judge decided that the evidence showed that the delay was caused not by the local protests and demonstrations but rather by the Contractor’s assessment that, given the strength of local opposition, it was unlikely to get the necessary planning permissions and other consents for its originally intended substation location and cable route, as a result of which these plans were changed.  Under the contract, it was the Contractor’s responsibility to obtain those necessary consents and thus the Contractor bore the risk that they could not be obtained.  On the facts, therefore, the reason for delay was not an event of force majeure but rather the Contractor’s decision to change its plans.

The third line of defence advanced by the Guarantor was that it was discharged from its obligations by the Contractor’s failure to disclose unusual features of the contract.  The unusual feature was that all permits had not in fact been obtained, contrary to what was stated in the recitals to the contract.  The Employer disputed this and contended that the guarantee was in fact an indemnity, so that the rules applicable to guarantees, including the rule in Holme & Brunskill, did not apply in these circumstances.

The wording of the guarantee was as follows:-

6.1 [The Guarantor] guarantees the due and punctual performance by the Contractor of the Contractor’s duties and obligations to [the Employer] under this Agreement

The Court considered clauses 6.1 and 6.2 separately from each other ascribing a meaning to each.  The Judge decided that clause 6.2 should be correctly characterised as an indemnity, rather than as a guarantee.  He said this because the promise given in clause 6.2 was described as “a separate and independent obligation and liability”; it was expressed as a promise to “indemnify”; and it was written in the language characteristic of indemnities focussing on loss, debt, damage, interest, cost and expense incurred and promising to pay it without set off or deduction.  The Judge referred to the fact that the provision did not include any of the usual boilerplate provisions (for example indulgence clauses) which would normally be found as part of a guarantee clause.

The Court, therefore, decided it was an indemnity.  As the special rules applicable to the discharge and release of sureties/guarantors under guarantees did not apply to indemnities, the Guarantor was not discharged from its obligation to guarantee and indemnify the Contractor’s obligations to the Employer.

This is perhaps the most controversial element of the decision, although it appears in three short paragraphs starting at page 74 of the lengthy judgment.  It is generally understood that liquidated damages can be claimed by an employer once a contractor has failed to achieve the original contractual completion date (absent any extensions of time) and following service of a notice or certificate of non-completion by the project manager or architect.  That right is regarded as coming to an end if and when a contractor’s employment under the contract is brought to an end – for instance, by reason of insolvency because thereafter the contractor cannot complete the works.  An employer is not, however, deprived of his entitlement to claim damages resulting from a contractor’s breaches and delay from the point of termination but is obliged to prove loss and damage (including that arising from delay) in the usual way.  The specific terms of the contract under consideration are not set out in the judgment in GPP and the only authority referred to by the Judge in this case was Hall –v- Van Den Heiden (No.2)[2].  Based on that, the Judge decided that liquidated damages continued after the date upon which the Employer gave notice to determine the employment of the Contractor.  That finding is contrary to the generally understood position set out in various text books and decided cases (including the leading House of Lords case of Glantzoff Manufacturing), and both Hall and the present case are first instance decisions which do not affect the general position as set out in Glantzoff.  It seems illogical that liquidated damages continue to accrue post termination of the Contractor’s employment because the Contractor has no ability to complete the works thereafter and in the case of the standard form contracts in the UK, such as the JCT and NEC, there are detailed provisions which set out and provide what is to happen following the termination of a contractor’s employment by reason of default or the insolvency of the contractor.  The effect of these provisions is that the contractor is relieved of the obligation to carry out and complete the works (although liable for the loss and damages, including damages for delay, arising from the termination) so there is no end date under the original contract for completion of the works.  Continuing to levy liquidated damages beyond the termination of the contractor’s employment could mean that they could be levied indefinitely as practical completion under the original contract will never be achieved.  It remains to be seen whether this aspect of the judgment will be reviewed by the Court of Appeal in due course.

The case does not change the general legal principles applicable to guarantees, as the Court ultimately decided that, in this case, it was dealing with an indemnity given by a parent company.  Commonly parent company guarantees, although described as such, often amount to indemnities and create primary obligations rather than secondary obligations in the nature of the guarantee.  When drafting, make sure it is clear whether the parties are entering into a guarantee or an indemnity – or both.

The decision in relation to liquidated damages continuing to accrue post termination of the Contractor’s employment, which departs from the leading authorities and text books on this issue, is more problematic and may be raised in relation to claims under bonds as entitling an employer to levy liquidated damages from the date of termination until the works are finally completed by another contractor.  However, there are a number of authorities (including binding House of Lords authority in Glantzoff) to the contrary.

In the Hall case (relied upon by the Judge in this case as a sufficient basis for his decision on this point without further elaboration) the defendant was not represented at the trial, no arguments were advanced on the issue and the judge found that the defendant contractor was in culpable delay and wrongly sought to suspend performance by reason of non-payment leading to the conclusion that it should not be able to take advantage of the subsequent (wholly proper) termination of its employment as a result of its own default to achieve exoneration from the ongoing liability to pay liquidated damages.

In this case, the bespoke contract forms comprised turnkey contracts for Engineering, Procurement and Construction (EPC) of five solar plants requiring the contractor to procure the commencement of the commercial operation and accreditation of the relevant plants by key milestone dates in order to ensure eligibility for benefits under renewable energy legislation with the sums receivable and the consequences of delay apparent from a detailed financial model upon which liquidated damages were based. The case is therefore distinguishable from claims for delay damages under standard form building and civil engineering contracts which contain detailed provisions setting out the liabilities of a contractor following termination for default or insolvency.

If you are faced with a claim for the recovery of liquidated damages under a bond following termination of a contractor’s employment, be conscious of this decision and the leading authorities which support a different view. There are also sound reasons of principle (not considered in Hall or GPP) for the view that liquidated damages are not recoverable in respect of the period following the determination of the contractor’s employment (although the actual loss and expense incurred by the employer, including proven delay damages, will be recoverable) and although these cases have undoubtedly created some uncertainty, they should be treated as turning upon their special facts. 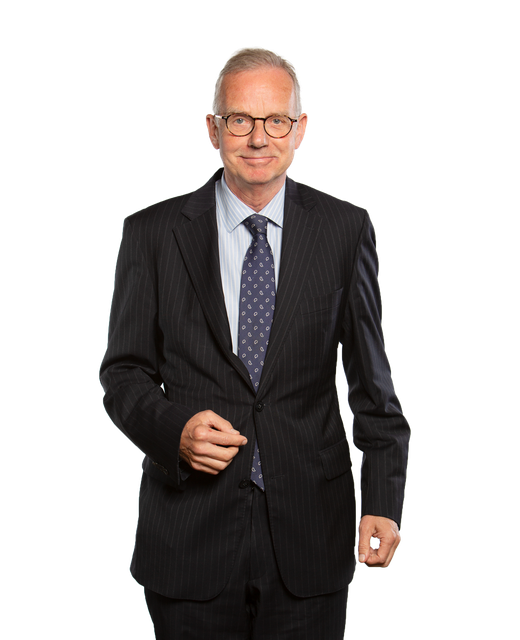