As corporate failures increase, so will the risks of dealing with companies in the months before their failure. Whilst there are some unavoidable risks, there are also ways to manage them.

In this article, Hannah Baldwin looks at the risks to third parties of trading with companies that enter insolvency.

Numbers of corporate failures have been increasing rapidly and look likely to increase further with the withdrawal of support for the economy combined with the cost-of-living crisis and changing consumer habits. At the same time, HMRC has again begun taking enforcement action after two years of being prevented from doing so.

Click here to read our article providing practical advice on what you can do if a customer is not paying your invoices.

This article focuses on a company’s trading in the months before failure. Can someone who deals with a company which enters administration or liquidation be required to return money or goods? These are known as ‘reviewable’ or ‘clawback’ transactions and are something you should be aware of when trading with a company in financial difficulty.

Reviewable transactions: what are they and why should you be concerned?

When a company enters administration or liquidation, the administrator or liquidator will review certain transactions entered into before the commencement of the insolvency, in case they constitute reviewable transactions under the Insolvency Act.

The main reviewable transactions are:

The powers to challenge such transactions exist to protect the principle of equality, ensuring that all assets of an insolvent company are available to be shared equally amongst its unsecured creditors.

Whilst the threat of a winding-up petition can be an effective debt collection tool, once a company is wound up any disposition of the company’s property which occurred after the commencement of the winding up is automatically void, unless the court determines otherwise.

The concern for customers or suppliers is that the phrase “commencement of the winding up” means the date that the winding-up petition was issued, or sometimes even earlier. There will often be a delay of three months or longer between presentation of the winding-up petition and the actual winding up. During this period the company will often continue to trade, meaning that any payments made, even for goods validly ordered, can be recovered by the liquidator.

It is not a defence for a supplier to argue that they were unaware of the petition, that it had not been advertised, or that they had supplied the goods required and that the transaction was for valid payment.

How can a business protect itself against such a situation? By conducting regular credit checks, by subscribing to software that will notify them of any petitions being issued or advertised, and by paying attention to market gossip. Ultimately, however, the risk cannot be removed entirely.

If you are aware of the existence of a winding-up petition you should refuse to trade with the company unless the proposed transaction has been validated by court order. If granted this will prevent the transaction from being challenged and unwound. If necessary, a creditor can make the application although usually the debtor company will be required to do so. The application can be made and heard quickly.

Transactions at an undervalue

Any transaction can be set aside if in the two years prior to entering insolvency:

However, a person who acquired their interest in good faith and for value, and where there were reasonable grounds for believing that the transaction would benefit the company, should not be required to return or pay any sums or have their interest in property prejudiced.

If there are any concerns about the solvency of a company being dealt with, you should consider:

In the period prior to insolvency, a company should treat all creditors equally. One creditor should not be preferred over another, especially if they are connected.

If a preference has occurred, an administrator or liquidator can ask the court to make such an order as it thinks fit to restore the position to what it would have been if the company had not given the preference.

A preference has taken place if:

As with a transaction at an undervalue, there are protections in place for third parties who acquired their interest in good faith and for value and not directly from the company in question.

In addition the burden of proof is on the administrator or liquidator to establish that the company desired to put you, as a third party, in a better position. This requires more than just an intention to enter the transaction in question. The insolvent company must wish to enhance your position compared to other creditors.

As with transactions at an undervalue, you should obtain confirmation that the company can pay its debts both before and after entering into the transaction.

The court can set aside or vary an “extortionate” credit transaction. A transaction is extortionate if, having regard to the risk accepted by the person providing the credit, either:

Examples would therefore include situations where the company has been charged an unfairly high rate of interest or has been subject to unfair default provisions as part of any credit facility.

Whilst applications to court to adjust credit transactions are rare, they are something to be aware of, particularly if you have, or are considering, providing finance to a company whilst it is in financial difficulty.

Unlike the other reviewable transactions outlined in this article, an administrator or liquidator of a company may automatically invalidate (and therefore disregard) a floating charge created before the onset of a company’s insolvency if:

There is no requirement that the appointed administrator or liquidator apply to court for an order that the charge be avoided.

These provisions are designed to prevent a company benefiting a particular creditor by giving a floating charge for existing liabilities for no new consideration.

To the extent any floating charges granted by the debtor company to the creditor do not relate to the value of goods or services provided by the creditor at the same time as or after the creation of the charge, they will be vulnerable to challenge.

The court can set aside a transaction if it is entered into at an undervalue (see above) and its purpose was to place assets beyond the reach of creditors or otherwise prejudice their interests in making a claim.

If the court is satisfied that the company (or more correctly, its directors) positively intended to place assets beyond the reach of creditors or otherwise prejudice their interests, it can make such an order as it sees fit restoring the position to what it would have been or protecting the interests of the victims.

Like many of the reviewable transactions outlined in this article, the aim of the provision is ultimately to prevent companies from disposing of assets to the detriment of its creditors.

Entering a transaction with a company in financial difficulty: what to consider

This article is not intended to discourage trading with a company that may be in financial difficulty. Rather, by understanding these risks a person can make more informed decisions when considering whether to deal with those companies.

In summary, you should try to understand and monitor the financial position of the companies you are doing business with (as best as possible) and the commercial terms which govern your trading relationship with them.

Where you are considering entering into a transaction with a company you believe may be in financial difficulty, consider (where relevant):

Our Restructuring Advisory team have the required expertise and experience to assist you with any restructuring challenges you may face. Please contact us if you would like to discuss any aspect of this article or series. 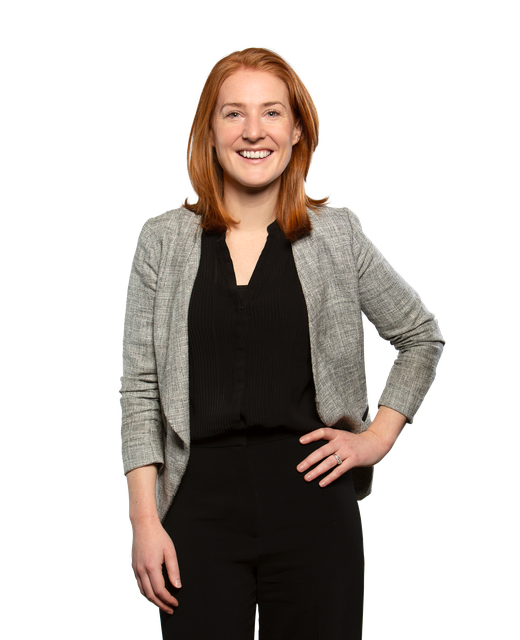