Administration is a formal insolvency process, by which a company is placed under the control of a qualified insolvency practitioner, to enable them to achieve certain specific objectives.

In this article, Dan French explains what administration is and how it works in practice.

The objectives of a company administration

Once appointed, an administrator is required to achieve at least one of the following three statutory purposes, which are listed below in order of priority:

The first objective of any administration is to rescue the company (as opposed to the business that the company carries on) so that it can continue trading as a going concern.

Second objective: achieve a better outcome for creditors than in a liquidation

If the rescue of the company as a going concern is impossible, the administrator must aim to achieve a better result for the company’s creditors as a whole than would be likely if the company were put into liquidation.

Third objective: realise assets for the benefit of secured creditors

If the administrator cannot achieve either of the first two objectives, the last justifiable purpose for placing a company into administration is to realise the company’s property to make a distribution to the company’s secured or preferential creditors.

How does a company go into administration?

This involves a formal application to the Court for an administration order. Various parties have the ability to make such an application, including creditors, directors and the company itself (via its shareholders).

This route is less commonly used, since it involves a formal hearing before a judge, and so risks considerable cost and uncertainty for the applicant compared to the out of court process. This process tends to be used only if there is fundamental disagreement between the directors/ shareholders, or a winding up petition has been filed against the company and there is no chargeholder willing or able to make an “out of court” appointment under their security (see below).

Whilst an individual creditor might have the right to apply to Court for an administration order, this is rare in practice, as it is difficult for a creditor to obtain sufficient information on the company’s affairs to be able to properly formulate their application.

“Out of Court” process

The simpler and more certain route for placing a company into administration is to use the “Out of Court” process. This process is far more commonly used than making a formal application to Court for an order, as it is (generally speaking) easier, quicker, cheaper and provides greater certainty over timing for everyone involved.

The process involves filing a notice of appointment (NoA) at court, accompanied by a few specified documents, which confirm that the administrators have been appointed to office. The NoA is a short form document that contains certain information, such as:

This procedure may be commenced by either the company or its directors, or by a lender that holds a valid and enforceable registered debenture containing a floating charge over substantially the whole of the company’s assets (commonly known as a qualifying floating chargeholder (QFCH)).

Notice of intention to appoint and the rights of a QFCH

On receipt of a NOITA, that QFCH then has five business days within which to either consent to the appointment of the proposed administrators, or to seek to appoint alternative administrators (they cannot stop the process entirely).

If the QFCH simply chooses to do nothing, then the company or directors (as appropriate) will be free to file the NoA at Court once the five business day notice period has elapsed. The NOITA is only valid for ten business days from the date of filing, however, if they do not file the NoA within that period, they will have to start the notice process all over again.

The statutory moratorium – what to know

Any company facing insolvency is usually under severe creditor pressure. Threats of winding up proceedings, court action, forfeiture, recovery of goods pursuant to retention of title rights and ceasing to supply are all commonplace.

To assist the administrator in carrying out their job and avoid them having to fire-fight multiple individual creditor actions all at once, a general moratorium automatically comes into effect on the filing of a notice of appointment of administrators or, if one is required, the filing of a NOITA. This could be up to a fortnight before the administrators are actually appointed. The moratorium prevents anyone from beginning (or continuing) legal proceedings against the company while it is in place.

Directors have been criticised in the past for filing multiple successive NOITAs, to take advantage of this interim moratorium, which can be seen as an abuse of process. Whilst this can be justified in some circumstances, directors should only file a NOITA if they have a settled intention to place the company into administration.

There are also provisions in the Insolvency Act that prevent certain key suppliers from being able to terminate supply as a way of forcing payment of debts. Simple examples of this would be utility providers but it extends to other important supplies, such as IT services.

The role and powers of the administrator

An administrator must be a properly qualified insolvency practitioner and regulated by one of the recognised professional bodies (such as the ICAEW, ACCA or IPA).

The insolvency legislation gives an administrator wide-ranging powers to help them do their job. On appointment the powers of the statutory directors are suspended and the administrator effectively takes over the running of the company and its affairs.

Operating within the context of the three statutory objectives outlined above, the administrator’s role is essentially two-fold: first, to gather in and realise the company’s assets for the best price reasonably achievable, and secondly to investigate and report on the reasons for the company’s failure. There is some overlap here with the role of a liquidator and it is not unusual for a company to move from administration into liquidation, if extensive or protracted investigations are required.

The administrator’s first job, once appointed, is to take all the company’s property into their custody or control.

What strategy and creditor approval is needed during a company administration?

Any administrator appointed over a trading entity will ideally want to achieve a sale of the business and assets of the company as a going concern, saving as many employee jobs as possible in the process and achieving a much better return for creditors than they would face in a shut-down scenario. Typically, the administrator will follow one of three core strategies:

What about the company’s employees?

The company’s employees are not automatically dismissed on the administrators’ appointment. In a pre-pack scenario, the employees will typically transfer automatically to the buyer on their existing terms and conditions, pursuant to the Transfer of Undertakings Protection of Employment regulations (TUPE).

If implementing a trading strategy, the administrator has 14 days from appointment to decide whether they will be keeping staff on or will need to make redundancies. For those staff that are made redundant, there is a statutory compensation scheme, operated by the National Insurance Fund which provides some protection. For those staff that are kept on, their ongoing wages will be met as an expense of the administration (subject to certain limits).

Other sums due to employees, including any unpaid wages that accrued before the administration, rank only as an unsecured claim.

Order of payments in a company administration

Once the administrator has realised the company’s assets, they will be in a position to distribute funds to the company’s creditors. There is a prescribed order of priority for making payments, as follows:

Click here to read more about how assets are distributed in a company insolvency.

What to consider when ending a company administration

An administrator must complete the administration as quickly as possible and will exit office as soon as they are satisfied that either they have met the statutory purpose for which they were appointed, or have formed the view that the purpose cannot be achieved and it would be more appropriate to move the company into liquidation.

The administration of a company automatically ends after one year, although it is possible to extend it beyond this, through creditor consent or an order of the Court. Administrations are often extended in this way, particularly in more complex situations.

If a rescue of the company is achieved, then control is handed back to the directors. If this is not achieved (which is far more commonly the case), then, depending on the circumstances, the administrators will either distribute the available realisations themselves, in accordance with the above order of priority, and then dissolve the company, or will move the company into liquidation to permit a liquidator to deal with any outstanding matters and then make the necessary distributions from within the liquidation.

Our Restructuring Advisory team have the required expertise and experience to assist you with any restructuring challenges you may face. Please contact us if you would like to discuss any aspect of this article or series. 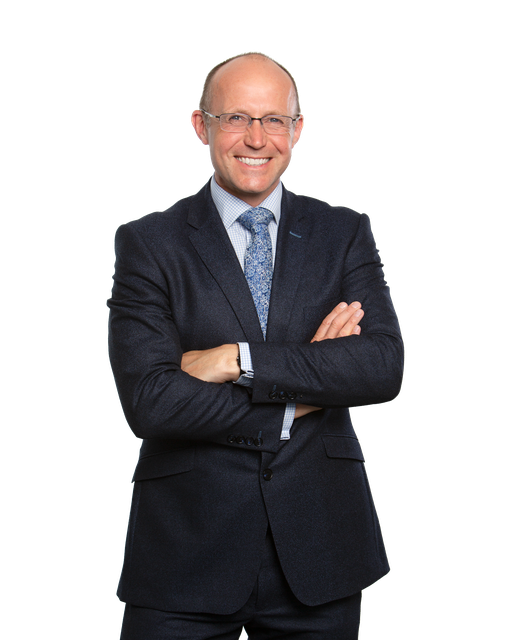